THE ANTEROS HAVE LANDED, AND THESE BOOTS ARE MADE FOR DANCING 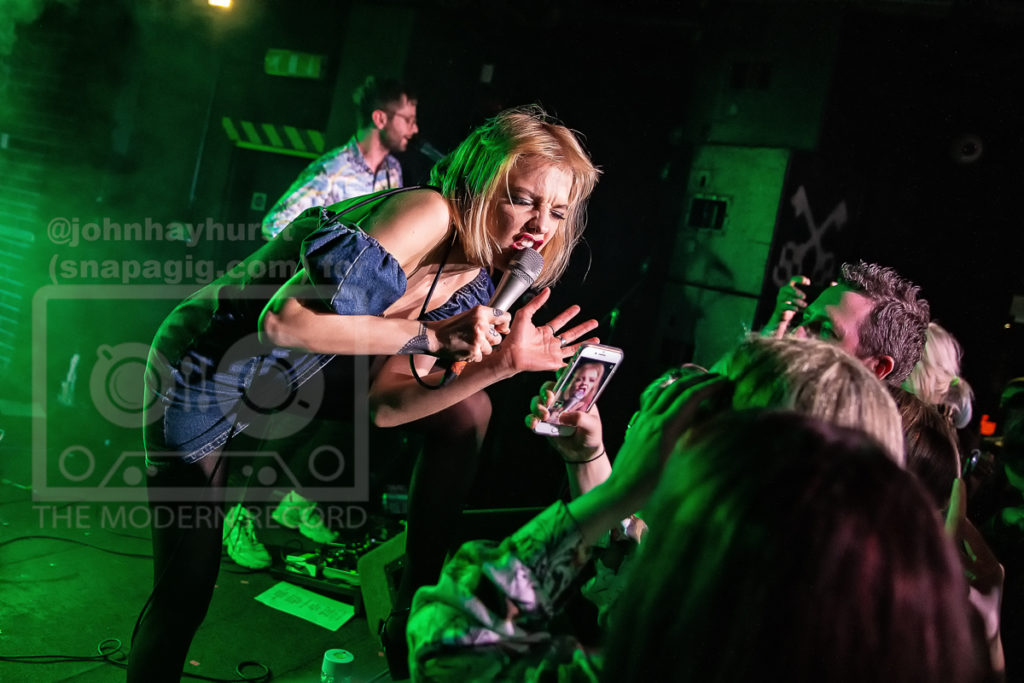 I’ll admit I’ve become slightly obsessed with Anteros ever since I saw them perform about 3 years ago at a festival. I can’t actually remember which festival it was, and they were low down on the bill on a small stage tucked away at the back. But a light shone through all the drudgery boy indie bands that day, and this band had more akin to eighties pop, shining glittery personas with a Debbie Harry ‘Cute but Psycho’ frontwoman in Laura Hayden. Since then I’ve tried to catch each tour and many festival appearances since that very 1st one. They have grown into a fine live band, played hundreds of gigs and still keep a sassy edge with Laura commanding every ounce of the stage each night. They have only recently released their debut album ‘When We Land’ and tonight is the last night of the tour in Leeds – so time to party! 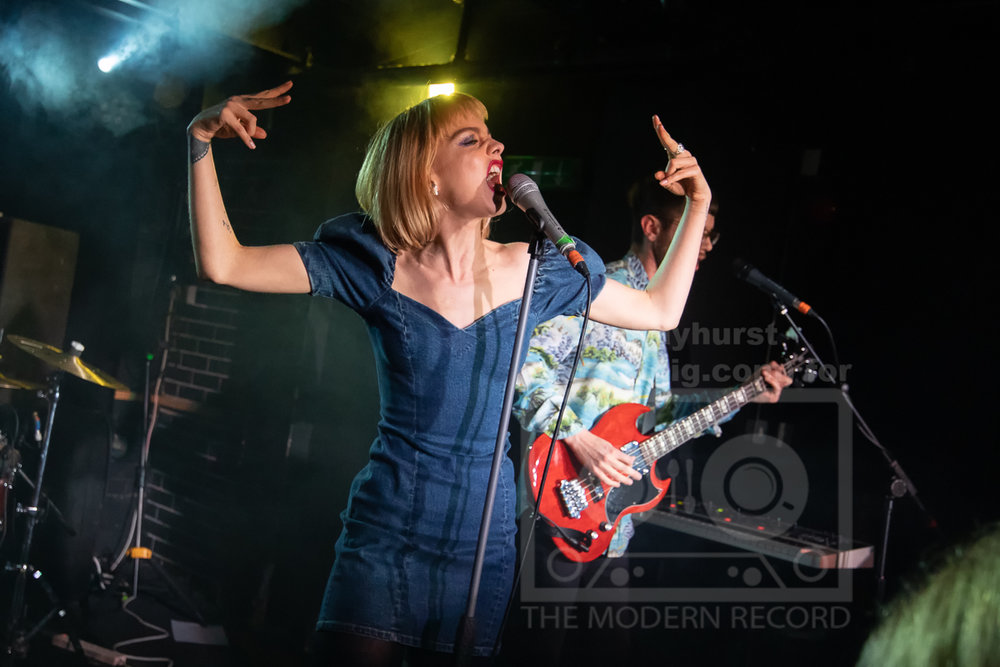 It’s a shame though that they have picked the worst venue in Leeds – The Key Club, the only people getting a decent view of the stage are the front row, everyone else will get a postbox view of part of the stage as it is in a corner of the room, set too low (floor level) and obscured by the speakers on one side. Thankfully they have put a spotlight on Laura which tries to keep up – but there is absolutely no chance of seeing drummer Harry Balazs.

They only lose a star tonight because of playing here, however, I predict next time in Leeds we’ll see them at Beckett or Stylus as they really should be packing out a much larger venue.

Opening with a great new tune off the album ‘Wrong Side’ it’s infectious chorus would have people outside dancing nevermind those already working up a sweat in the front. Second track the environmentally friendly ‘Drive On’ with messages championed by both Laura and the climate change protestors currently camping in Oxford Street, London. Tonight we get that enviro protest and some full on feminism with a fantastic version of ‘Bonnie’ where just about every female in the room is on stage with the band, leaving their partners or mates to take phone photos or video. 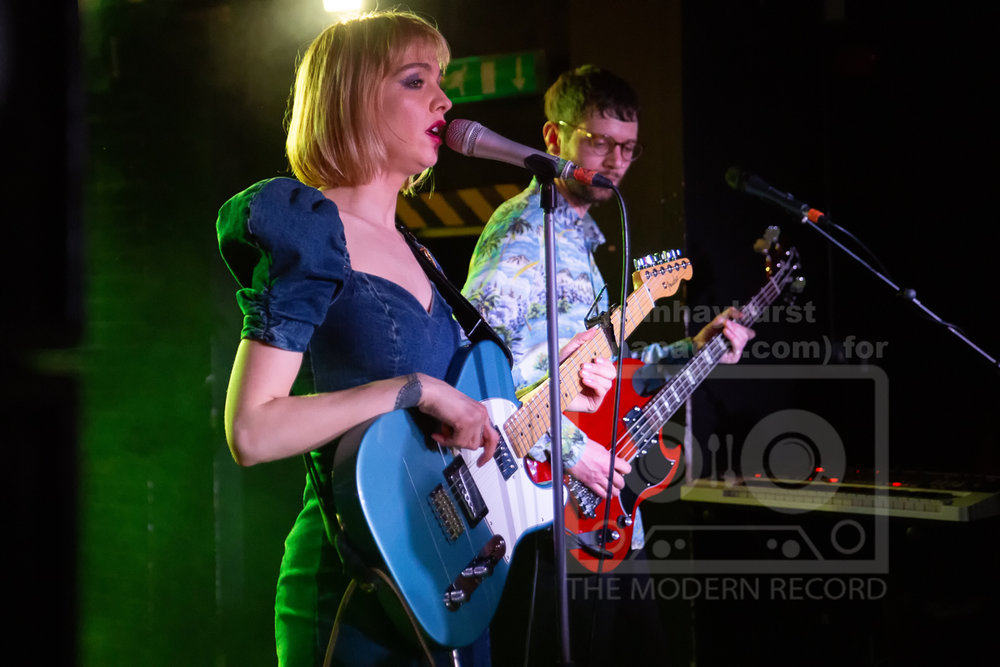 They play the whole album tonight, plus ‘Bonnie’, ‘On the Moon’ and ‘Drunk’ the latter perfectly spliced from ‘These Boots Are Made for Walkin’, Laura and the gangs boots are clearly made for dancing though and as the ‘Afterglow’ subsides, a chance for an acoustic breather and ‘Ordinary Girl’ with just Laura and guitarist Jackson Couzens. It’s a nice touch, but really only a breather before the bouncetastic ‘Breakfast’ kicks in.

I struggle to understand why this band are not huge, they have everything – only the radioplay needed and a decent performance on Jools away from playing a main stage festival this year. As it stands they are still relegated to the 2nd/3rd stage slots – a big mistake. If ‘Call Your Mother’ doesn’t get all the Blondie fans reminiscing about Union City Blue or Dreaming then we have a big problem with the music industry.

No need for encores, just finish as usual with their namesake track (Band named themselves after the first song they wrote) and walk off to the bar – only theres no draught, just cans at £4 each….no thanks.