RICHARD ASHCROFT’S SYMPHONY IS AS SWEET AS EVER 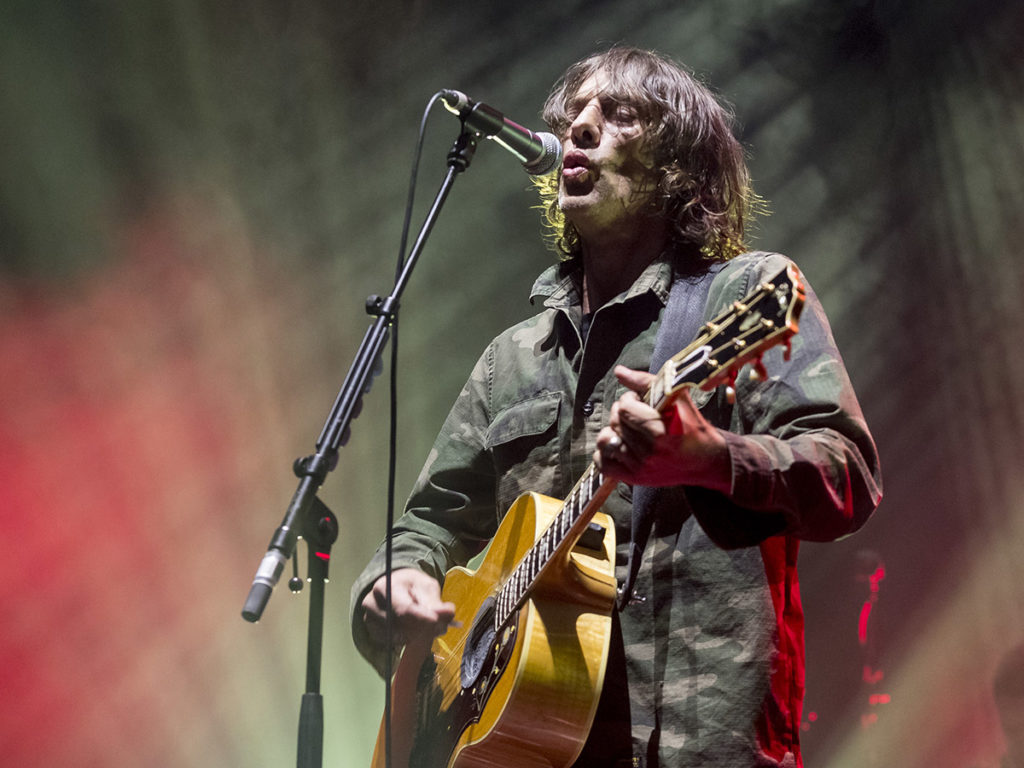 Richard Ashcroft has had a successful few months. A stint of huge gigs supporting the icons The Rolling Stones and Liam Gallagher allowed him to play his hits to stadiums. He then launched out on a sold out tour of the UK in support of his latest album “Natural Rebel”.

The album may have come out to a muted recpetion from critics but the crowd tonight don’t seem to mind, and in fact are enthusiastic, as a number of tracks from the record make their way into the set tonight on the seciond UK leg of this tour at the Usher Hall in Ediburgh.

The crowd were slow to gather during the support set by one DJ Wayne Griggs. This set was poorly received and failed to get the crowd in any kind of receptive mood. Playing an uninspired selection of songs to the uninterested audience the biggest reaction he got from the crowd was applause as he left the stage. This was the only part of the night that seemed odd and out of place.

As such the terrible support laid the groundwork for a disaster of a night if Ashcroft had any stumbles at the start of his set. Fortunately, for both him and the audience, the second he walked out on stage the crowd were entranced and the earlier act was just a bad memory.

Emerging onto the stage wrapped in a camo jacket and bucket hat he looked every part the britpop icon he is. Opening with one of his solo tacks “Out of my body” was an electric performance. The lyrics “Are you still awake, Are you still alive” seemed like a call to arms for the comatose audience after the lack lustre support. Not one to just go through the motions Ashcroft grabbed the crowd’s attention and didn’t let go for the entire set. 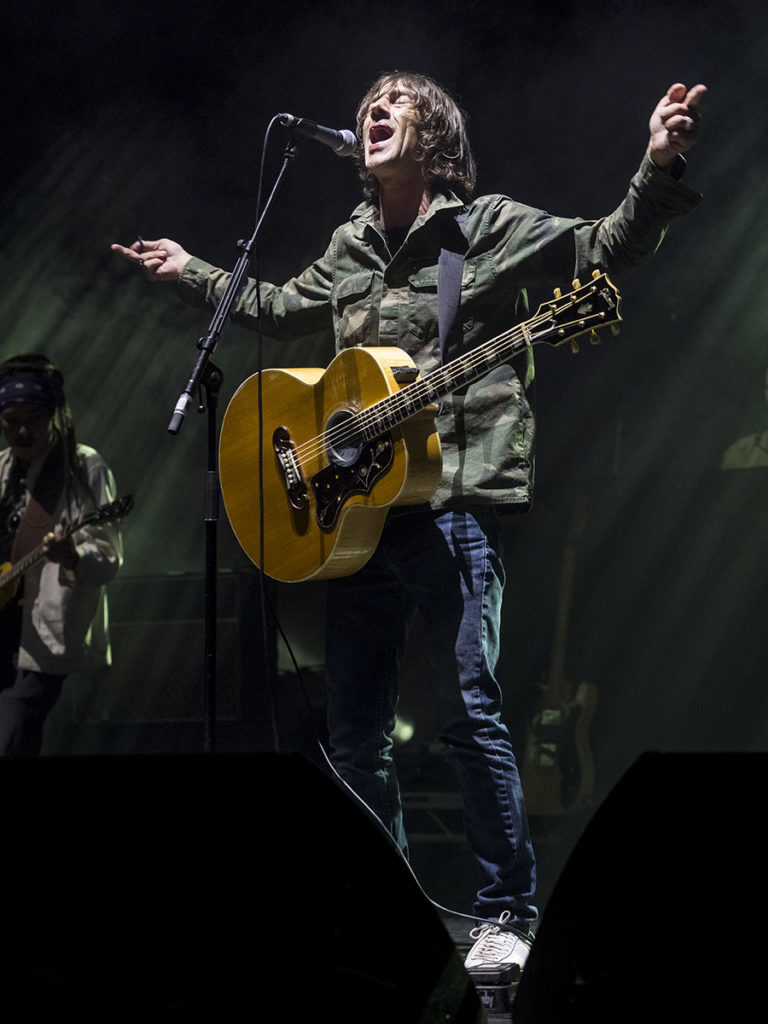 When seeing a solo show you always hope to hear the classics from the act that made them famous. And we didn’t have to wait long as Ashcroft swiftly moved into the Verve classic “Sonnet” for the second song of the night. Another stellar performance that again showed his simply impeccable live vocals. There are few who could so effortlessly recreate their studio vocals live. Never mind vocals that had been recorded decades earlier.

Honestly the two performances were so strong he could have confidently walked off after just two songs. Luckily for us he didn’t.

Working through the rest of his set he brought fire and passion to every song and the audience made their appreciation known. With not only much cheering after every performance but also at times Ashcorft let the audience take over the vocals. Turning the crowd into an impromptu choir.

Aside from the opening track a definite stand out from Ashcroft’s solo offerings on the night was the doomsday anthem “Hold On”. Which managed to continue the high spirited energy from both the audience and the performer late on in the set.

The closing song of the main set and then the encore contained 3 verve classics that were worth the price of admission on their own.

“Lucky man” closed the main set on an optimistic note and sounds just as good as ever has. “The Drugs Don’t Work” was dedicated to any fans who couldn’t make it that night and prompted the crowd to sing so loudly they almost drowned out Ashcroft. Again the song has stood the test of time and only serves to be even truer as time goes on.

It was then time for the closer. The track everyone knew was coming and you could feel the excitement in the crowd as the opening strings of the controversy infused “Bitter Sweet Symphony” played.

The night was magic and the fans seemed overjoyed by the tracks that had been played as they filtered out into the cold night. As long as he brings performances of that quality he’ll always have an audience.