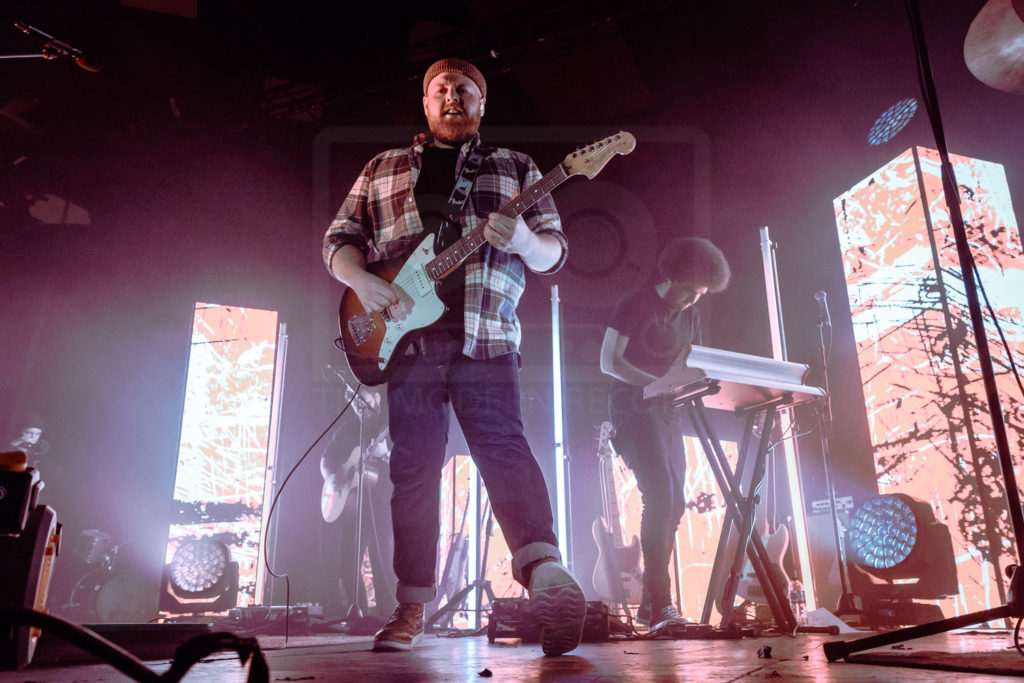 The Glasgow born singer Tom Walker has shaken up British chart music like a sudden cyclone. The man with the lullaby indie pop has been compared to the likes of Ed Sheeran and Rag’n’Bone Man and has supported huge names like The Script, George Ezra and Jake Bugg. He has the backing of British media, toured America and won the Best Breakthrough Act at the 2019 Brit Awards. He has laid the foundations of career with longevity and respect.

Walker started to find his route to stardom after graduating from the London College of Creative Media in 2014. He put out the track ‘Just You and I’ which placed him under the eye of American influencers Elvis Duran and Kathie Lee Gifford. This love song went on to be on one of his most popular tracks and was re-released earlier this year. In 2017 with the British label Relentless, Walker released the EP Blessings, a smooth five song kickback wave that drifts the listener away. March of 2019 saw long-awaited released of Walker’s debut album What a Time to Be Alive which shot to the number spot on the UK album chart and has been certified Gold already despite still being within the first month of its release.

Walker played in Glasgow’s iconic Barrowland’s Ballroom and his support for the night was Dundonian pop singer Be Charlotte. In previous years, Be Charlotte embraced the help of the Creative Scotland, an initiative that supports young Scottish musician find access to funding and connections to grow their success. With their help, a world of opportunities has open up for Be Charlotte and this hard working young lady isn’t messing around.

It was clear how much the performance meant to Be Charlotte. The bright-faced bopper bounced on to the stage, filled with just as much cheer as her music. She was confident with crowd and drew them in with her warm personality. However, some of her song seem to be paced slightly too fast and would be much improved if she would knock down their tempo a fraction. She also clips the ends of her lyrics, possibly due to the speed of the beat, taking power away from her stunning voice. The songs ‘Lights Off’ and ‘Do Not Disturb’ are the best of her set and are also set at pace which is much more suited to Be Charlotte’s style. 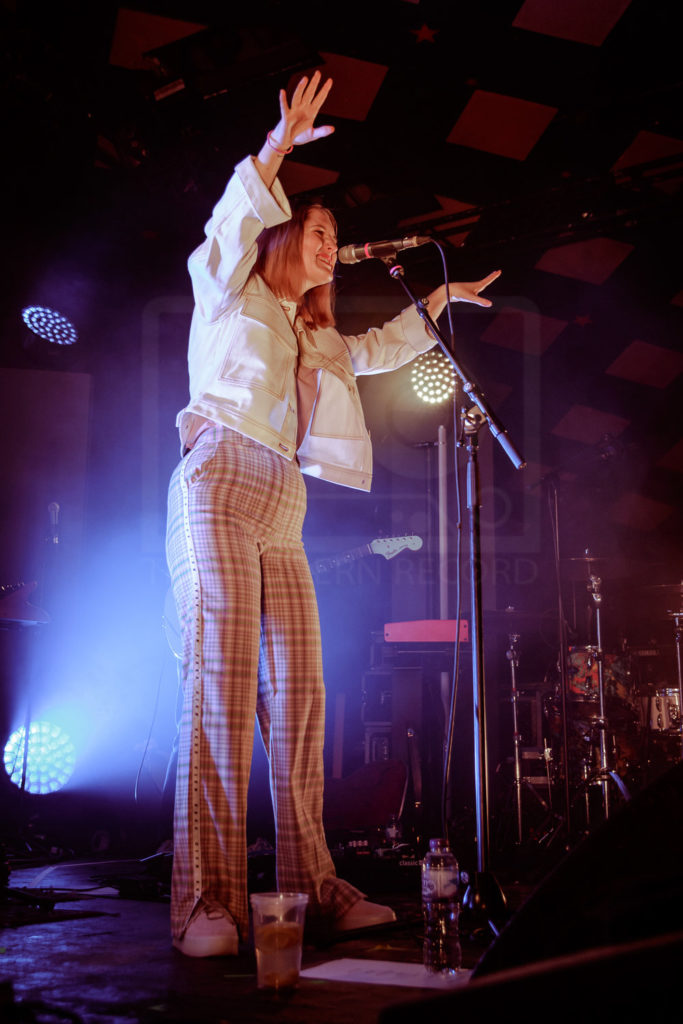 After the support set, the venue really starts to fill up. But unfortunately the interval music is incredibly poor. Attendees are forced to listen to out-of-date, corny, overplayed hits like ‘Come On Eileen’ by Dexy’s Midnight Runners and Earth, Wind and Fire’s ‘September.’ Tom Walker is modern and cutting edge. And the whole night should have incorporated that.

But then Tom Walker took to the stage and the uplifting track ‘Angels’ started up. The prior cheese was forgotten about and everyone was lost in Walker’s voice of honey. The stage was set up with a minimal display of small vertical screens and lights. During the next track, ‘My Way,’ Walker empowered the crowd to sing with him and a vast majority delightedly oblige.

Walker writes tracks for those in pain. And he does it well. He performed the beautiful and comforting ‘Fly Away with Me’ and the crowd swayed and pulled those around them closer. He sung ‘The Show’ tailored with amended lyrics for Glasgow. The poem of 21st century ‘Blessings’ sounded spectacular. And then his set was tied up with love-filled banger ‘Just You and I.’ Walker spoke on stage of the privilege it was to perform for the crowd and they roared with privilege they felt to see him. 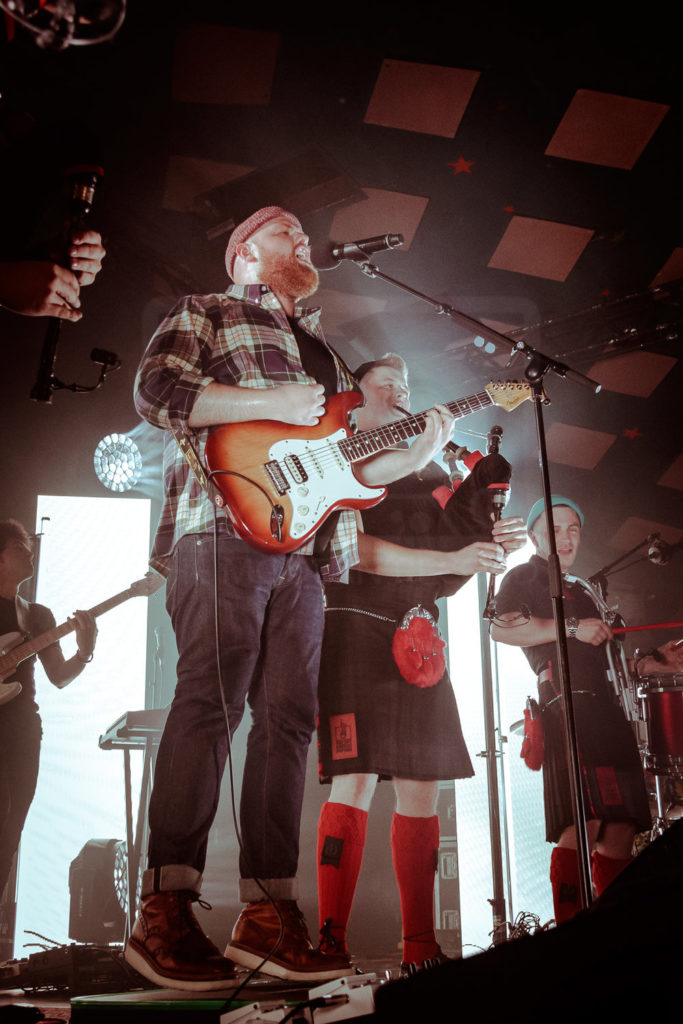 But the night’s piece de resistance was when Tom Walker returned to the stage for an encore featuring the massive hit ‘Leave a Light On’ and was joined by special guests The Red Hot Chilli Pipers. They are a traditional Celtic group that bring bagpipes to the masses. Their arrival on stage resulted in euphoric cheer as Scottish pride filled the room. They joined Walker for this show stopping ballad, originally written for a friend trouble by addiction.

Tom Walker is a musician who is easy to connect to. His songs are filled with modern references but matched with a timeless sense. He seems genuinely humbled by his success and is definitely grateful for the support. He put so much thought in to tailoring the night to his fans and it went ahead flawlessly. With care like that for his fans, it’s clear Tom Walker is in the business for the right reasons and will continue impact the industry, the charts and all his appreciators.