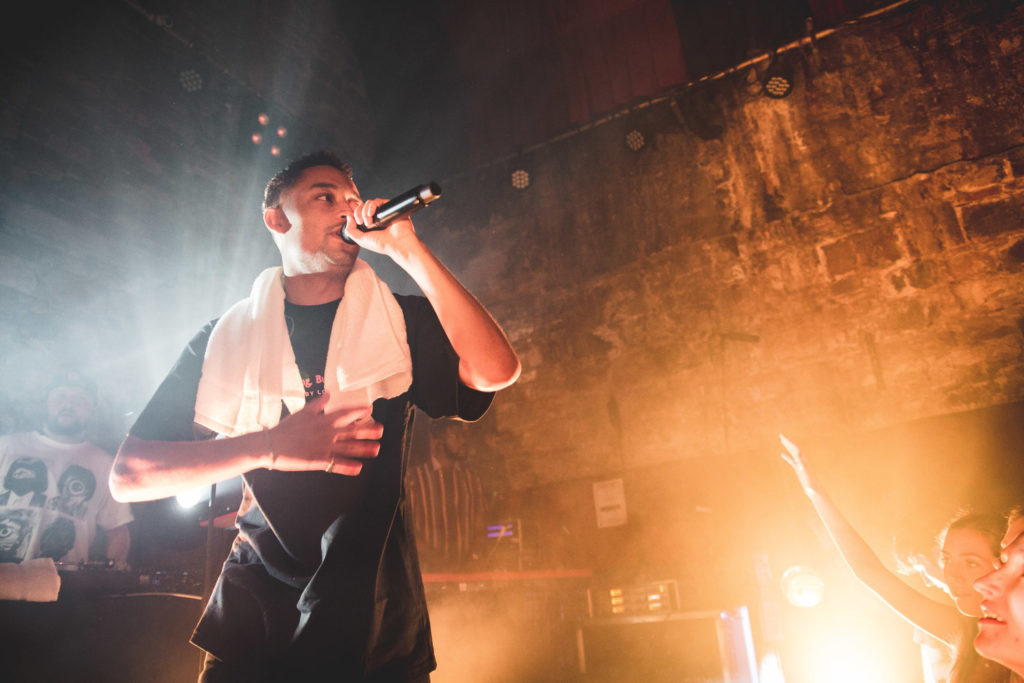 It’s a tight squeeze in the Caves tonight as the crowd stand shoulder to shoulder in the sweltering venue as they wait for Loyle Carner to take to the stage. But even before the English Hip-hop artist emerges you can feel excitement and it’s clear that Carner has managed to develop a devoutly loyal fanbase during his short career.

His current rise among the hip hop scene really came into focus with his 2017 debut LP “Yesterday’s Gone”, which garnered Carner a nomination for a Mercury prize and appeared on a number of best of 2017 lists. With his latest LP “Not Waving, but drowning” performing just as well, if not better, it seems he’ll continue this trajectory and tonight’s performance marks another stop on his successful tour in support of the record, which will see him play to sold out audiences across the continent.

As he dives in to his set it’s clear to see that Carner manages to weave elegant poetry into his tracks. Displaying both impressive wordplay and a desire to tackle topics not discussed by many he has produced a catalogue that speaks to people in a way that they can strongly relate. And looking at tonight’s audience its clear to see that the sentiments in the songs are shared by many. 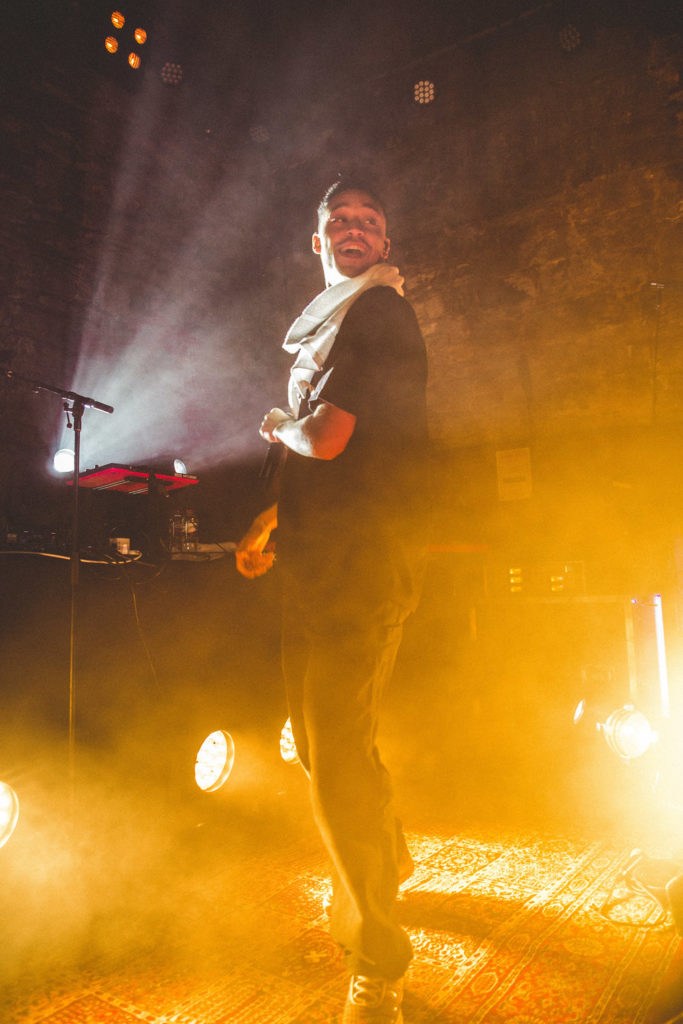 Tracks such as “NO CD” brings edge to the setlist, getting the audience involved and putting them directly in Carner’s hands. Everyone here is into tonight performance. Be the tracks hard, soft or spoken word. The talent on show is enough to keep the crowd on side an appreciative till the end.

Taking time to discuss some of the themes in his songs Carner speaks of his family at length. Of how his father’s absence impacted him and how he struggled to understand his lineage, such as on the brutally frank track “The Isle of Arran”.

During a brief break in between song’s Carner takes a break to talk to the crowd about his Scottish Grandfather, with whom he used to go and see Rangers F.C. when he was younger. Also taking the time to thank a particularly loyal member of the crowd that had been matching him word for word all night.

If there’s any reward for producing quality music Loyle Carner will find himself playing to bigger and bigger audiences within the next few years. A true poet that infuses powerful tracks with important messages he’s an act that should be in everyone’s playlists and in everyone’s calendar to see soon.