80S PIN UP POP PRINCESS IS BACK WITH HER TOUR OF THE HIGHLANDS, STOPPING OFF TO WOW HER GLASGOW FANS

Once upon a time there was a thing called eighties music. In the early days of this phenomenon was a British female singer called Toyah Wilcox. She was very successful and had a string of hit singles and albums, but before she became a musical icon, she pursued a job as an actor, and had parts in films such as Jubilee and Quadrophenia. But it was as a singer songwriter she made her name, and tonight would relive the golden days and play most of her hits, plus tracks from her latest album, a reissue of In The Court of The Crimson Queen.

1st up tonight tho were Glasgow’s Joe Bone And The Dark Vibes. Their brand of alternative pop music could well have fitted in with the same period of Toyah’s UK chart domination, a constantly changing genre of music from blues, to ska, to rock, well played keyboards and guitars, great vocals but..with a definite dark vibe. A great start to the evening, Joe Bones are a band definitely worth seeing in their own right, some great tunes to be had here. 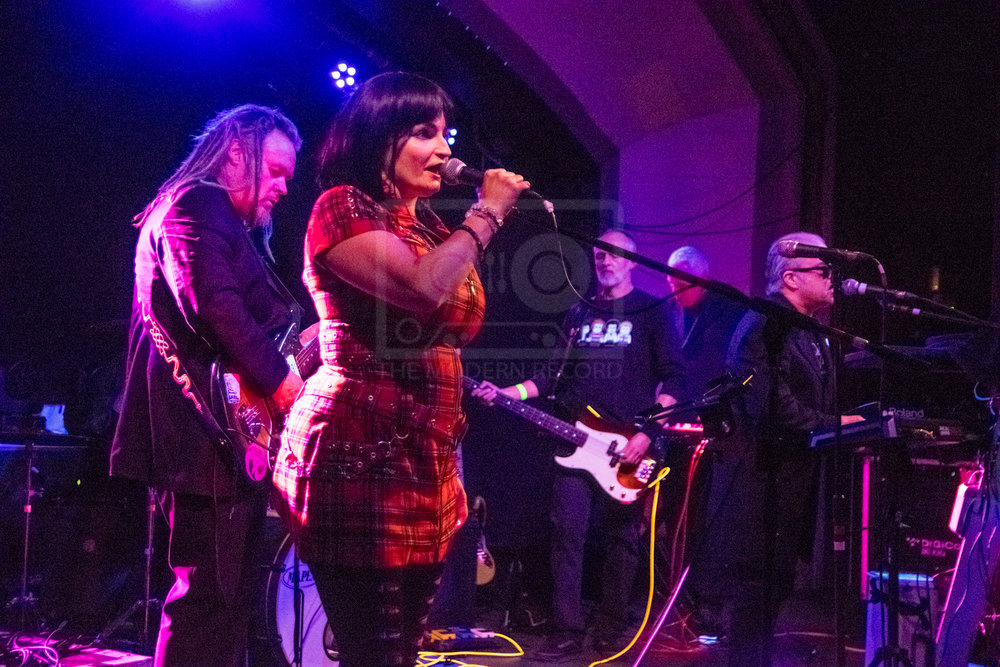 And so on to Toyah. A mainstay in the UK charts from early to mid 80s, she was famous for her wild colourful hairdo’s, but also had a few major chart hits which stand the test of time, and are usually always included in a ‘Best of the 80s’ compilation. These hits, plus many other album tracks, will be covered in tonights setlist.

Opening with Dance In The Hurricane, Who Let The Beast Out and We Are, the crowd were really up for it and greeted each track with huge applause and sang throughout constantly.

Neon Womb from her debut album Sheep Farming in Barnet, the first big chart hit of the night Be Proud Be Loud (Be Heard), then the 1981 top 4 single Thunder In The Mountains. The hits still sound great live and Toyah’s voice is as good as its ever been. All the classic tracks followed, the first chart hit Its A Mystery, Rebel Run, Brave New World, the packed audience couldnt get enough of Toyah and her band. Such was the clamour for tickets to see the star, the venue had to be change to cater for the extra interest, tickets were in high demand for the Glasgow gig, and on this perfomance its no wonder. 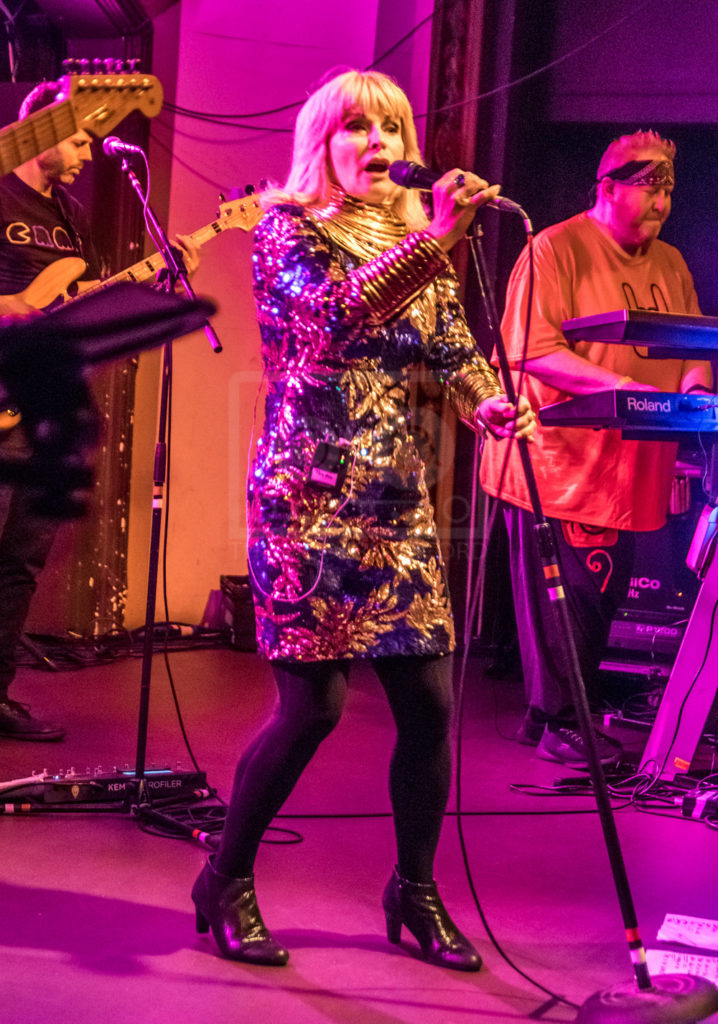 Another 1981 top ten classic I Want To Be Free closed the fisrt part of the show, Toyah and her band leaving the stage for a short break before returning with a cover of the 1980 classic Echo Beach, originally by Martha And The Muffins and recorded by Toyah in 1987, which gave her her last release to dent the UK charts, just missing the top 40. Leya was due to complete the night, Toyah and her colleagues taking a bow and lapping up the applause, only for Toyah to tease the crowd with the promise of one more song. All In A Rage finally ended the evening and the crowd left the old seedy cinema, content at seeing an 80s legend up close and personal.

A great night of nostalgic reminiscence, the old classics bringing back memories of a bygone era, but still sounding great. Toyah is still a top performer, even if she is fast approaching her bus pass. But definitely one to catch live if you get the chance.