METAL FANS WERE IN FOR A TREAT AT THE GAVANISER’S YARD AT SWG3 WITH TWO TOP BANDS SUPPORTING IN FLAMES TO ROCK THEIR FOUNDATIONS!

First up in the big old warehouse were Light The Torch from Los Angeles. Led by frontman Howard Jones (no not THAT Howard Jones!), the band appears to be an amalgamation of ex-members of other bands, such as All Shall Perish, Blood Has Been Shed, Bleeding Through and Extinction A.D. Promoting tracks from their recent album Revival, the band warmed the Glasgow crowd up, and set them for the rest of the evening. A decent opener for metal fans. 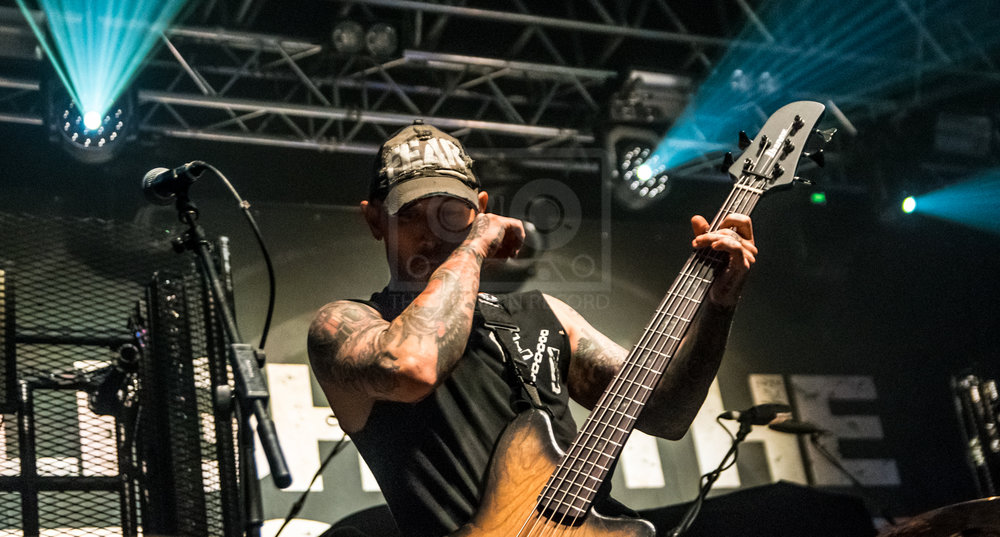 The second band on the bill was Norma Jean. Again hailing from the USA, they enthralled the audience with their brand of heavy loud rock n roll music. Tracks such as I. The Planet, Funeral Singer, 1000000 Watts, and Deathbed Athiest, they cranked things up a notch and had the already simmering crowd at near boiling point in anticipation for the main band. 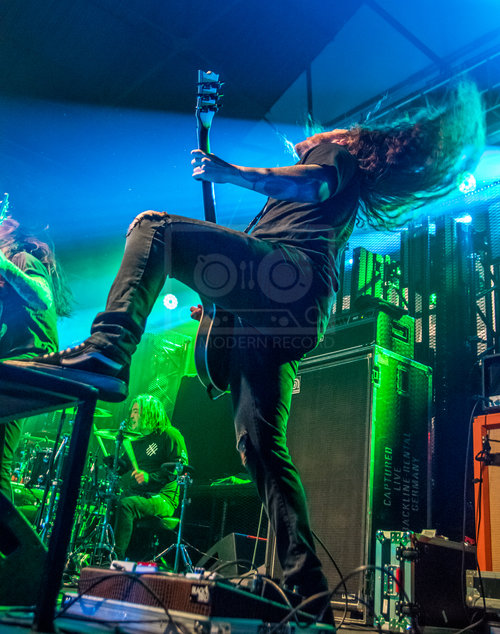 And onto the top of the bill, from Gothenburg in Sweden, In Flames took to the stage and rocked it! With 13 albums behind them, they have a fair back catalog to choose from. Opening with Voices, Everything’s Gone and Pinball Map, the setlist would include a few tracks from their latest record I, The Mask.

Call My Name, (this is our) House, Deep Inside and I Am Above, all went down a storm with the fans in the Glasgow crowd. Other favs Leeches, Colony, Cloud Connected had the audience on their toes before The End was the end. The band left to rapturous applause, the crowd totally rocked out!

Fans of heavy metal were treated to a great night, 3 top bands at their peak blasting out the tunes to an appreciative audience. What’s not to like? 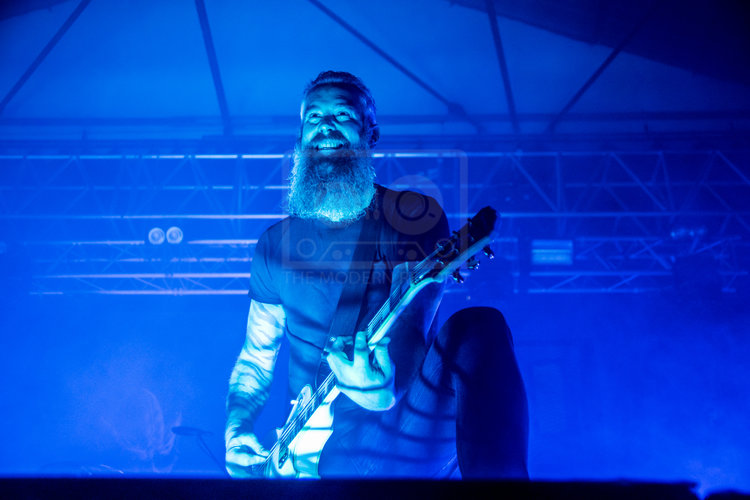