Before Madchester survivors Black Grape, the audience are treated to an excellent opening set from Dopesickfly. This local act brings an intriguing mix of indie funk and certainly do a good job of creating an atmosphere in the half-full venue.

Though the crowd does not increase the volume absolutely does as Black Grape take to the stage. Wasting no time, they start with In the Name of The Father ensuring a loud singalong from a boisterous and well liquored crowd. This is then followed by Tramazi Party, it’s earworm of a chorus is a sure-fire winner and the (pre-recorded) horns add to the hedonistic vibe.

It quickly becomes apparent that Black Grape as to expected, are led by Shaun Ryder and Kermit and a well-drilled and talented backing band. The chemistry between Shaun and Kermit is clear as they patter with each thought out the set riffing on each age, “forgetting” the name of the “new” album Pop Voodoo (released in 2017).

When Shaun Ryder introduces himself to the crowd however, he is to these ears at least, unintelligible. The years of inebriation have diminished Shaun Ryders stage prowess, as he is reduced to lumbering around the stage slowly, a beast possibly nae defiantly incapable of dynamic movement. He makes the curious the decision to stand side on to the crowd for much of the gig, looking at his partner Kermit to save him. Kermit dutifully does covering a lot of Shaun’s lyrics. 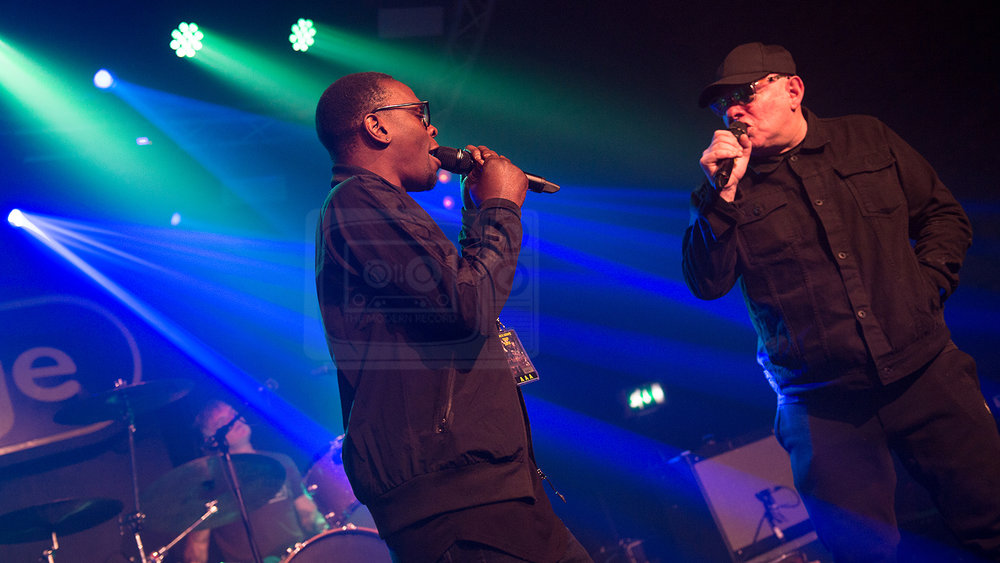 When Shaun takes the lead as on A Big Day In the North, without Kermit doing the heavy lifting his lifeless rapping sucks the energy out of the room and leaves thing flat. A couple of the songs from Pop Voodoo also suffer from lacklustre performances as the title track misses the mark, while 9 Lives lyrics are nothing on Shaun Ryders 90s heyday and is saved only by a ripping guitar solo.

Nevertheless, Kermit himself gives an excellent showing, he has a soulful voice and an engaging rap style. He also suits the role of a manic preacher that Reverend Black Grape calls for, it’s triumphant blasphemy bringing exuberance from the crowd, the song illustrates that Shaun Ryders lyrics still come across as idiosyncratic as he invites us to “put on your reebok’s man and go play fuckin tennis” while the extended outro depicts the tightness of the band. This is followed by two songs from Pop Voodoo that go down very well; the catchy funky strut of Shame and the northern soul workout of Set the Grass on Fire.

Though, Shake Your Money is a sloppy mess with some strain showing on Kermit’s vocals and the band fail to pull of the juxtaposition between the gentle lilting music and the furious lyrics. Kelly’s Heroes at least brings the crowd back on side and his strong way to end the main set, again showcasing Shaun Ryders wordplay.

As the band return for the encore, Shaun Ryder is no were to be seen. Kermit jovially explains this is due to a curfew enforced by an electronic tag, I assumed this be a joke but alas Shaun Ryder does not appear thought out the encore the band manfully perform Little Bob and an extended jam then taking their leave. This sums up the gig, as an enjoyable performance of 90s Madchester funk anthems but lacking the star power that made them so recognisable. 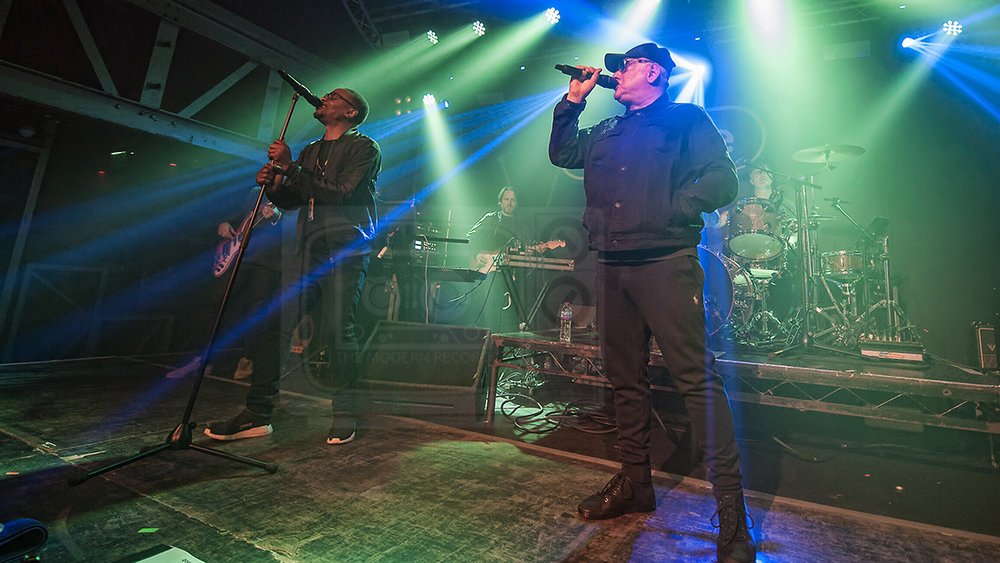