Hyyts are a talented duo from Glasgow comprised of Adam and Sam Hyyts (An adopted surname in line with the band name). The pair have already garnered some buzz around their own brand of electro-pop through impressive singles such as “Butterflies in my Head” and “Bullet” which have resulted in them supporting the iconic Culture Club at the SSE Hydro in Glasgow.

Tonight’s venue is far less grand but the pair give just as impressive a performance to the captivated crowd that showed up to see a fledgling pop act in its second-ever headline slot.

Sam provides the vocals for act, as well as guitar and keyboard, and his voice has a great quality to it that seems lacking from their studio recordings but makes tonight’s performance really stand out. Whereas Adam keeps himself out of the limelight but equally as busy while he fills out the rest of the soundscape for the band. 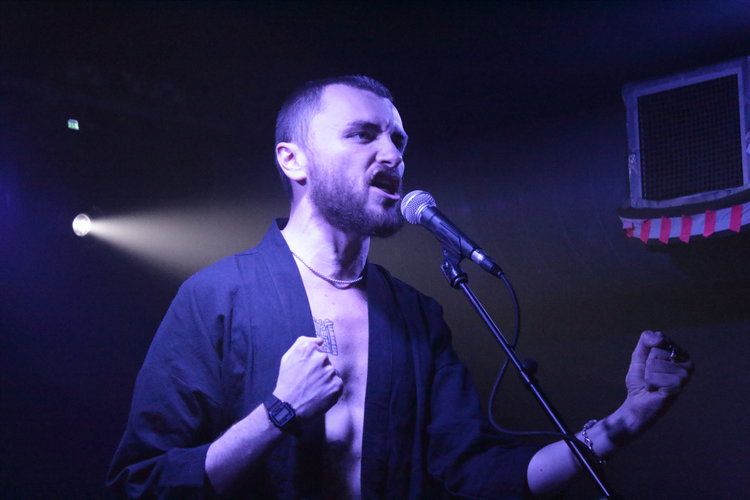 Tonight’s set is understandably short as the band has a limited discography. Fleshed out with a cover of the Shania Twain song “You’re the One I Want” and the occasional series of thanks to the receptive audience the crowd it’s over all too quickly but ensures that the set doesn’t drag at any point.

Supporting new talent is always important and tonight the support came from a pair of musical duos. The Alphabox brought along a pleasant series of songs that were akin to some electronic-infused Noel Gallagher tunes. While Goodnight Louisa was making their live debut and did a fantastic job of performing their assembled catalogue.

If Hyyts continue to produce such solid pop hits I’m sure they’ll quickly garner wider acclaim. The crowd tonight seemed to love every minute of tonight and the performance was very impressive for such a new act.