Actor Kiefer Sutherland was born in London in 1966 to actors Donald and Sarah Sutherland. He grew up in Canada in the mid-70s after his parents separated when he was a child, and as a teenager attended acting lessons before finally moving to Hollywood to pursue his career. As an actor in his own right, he made his name in the 80s in films such as Stand By Me, Cult classic The Lost Boys, and Young Guns. Not content with being a big-screen actor, he moved more recently to the small screen where he became most well known as Special Agent Jack Bauer in the hit series 24. Over the years he has kept himself busy with voiceover work for other shows on TV, adverts for radio, soundtracks for video games, and now he’s back with his second foray into the country and western music scene.

Later this month will see the release of a new record, Reckless and Me, which follows on from 2016’s debut Down In a Hole. Musically influenced by the likes of Waylon Jennings, Johnny Cash, Kris Kristofferson, and Merle Haggard, the lyrics to his songs reflect the personal aspects of his life. Booze, the wild hellraiser image he portrayed for a number of years, becoming a father and family life, tall tales he tells in his music, and songs which are easy to relate to.

Opening with Calling Out Your Name, Open Road and Shirley Jean, Sutherland gives a taste of what’s to follow, with his brand of country music. The appreciative Glasgow audience is silent as he plays his way through the setlist and tells his tales between the songs, the banter going down well with the attentive crowd. 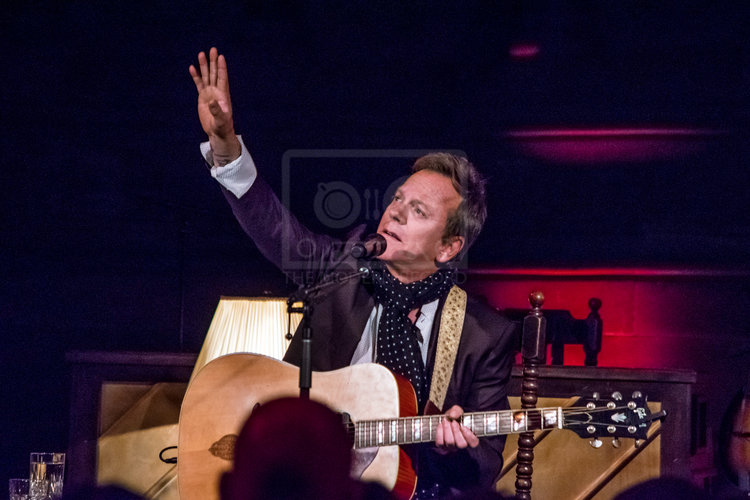 The music is very easy on the ear, Sutherland on acoustic guitars, and gravelly vocals and assisted by his band on steel/slide guitar, drums, and keyboards at times. The songs continue, Faded Pair Of Blue Jeans, Not Enough Whiskey, I’ll Do Anything, This Is How It’s Done before a cover of the Tom Petty track Honey Bee. The floor is opened up to the audience to ask the star a few questions before he ends the evening with a cover of the Bob Dylan classic Knocking On Heavens Door.

This was a very entertaining evening, more than decent music in very intimate surroundings, and a chance to get up close and personal with one of Hollywood’s biggest stars. An actor of stage and screen, and instantly recognized voice used for documentaries, commercials and videogames and now a talented singer, songwriter, and country-rock star. Who knew Kiefer Sutherland was such a Jack (Bauer) of All Trades? 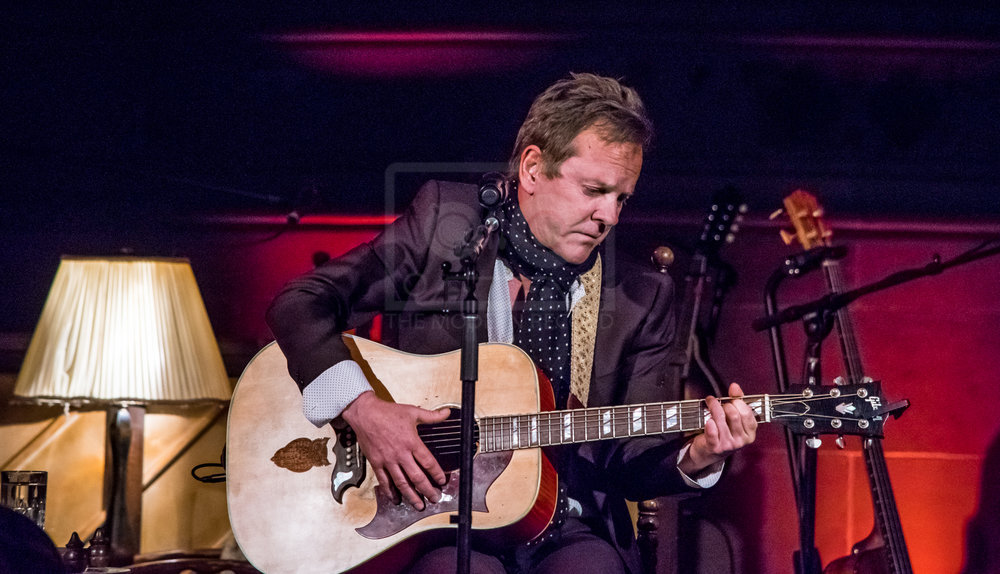