FROM THE GET GO SAM FENDER OWNS THIS STAGE. HE’S LIKE A POCKET ROCKET AND HE WORKS for THE CROWD LIKE THIS WAS WHAT HE WAS MADE FOR. HE’S GOT SUCH A BRILLIANT SENSE OF ENERGY AND PASSION ABOUT HIM AS HE STRUMS HIS ELECTRIC GUITAR HARD ENOUGH THAT THE STRINGS MIGHT BREAK.

For a 25-year-old solo artist, he has really attractive confidence that makes you see exactly why he was chosen as this year’s Brit’s Critic’s choice and one to watch because Sam Fender is definitely an artist to watch.

Sam started his set with ‘Millennial’. He came out to hoards of screaming fans donning posters for him and going crazy. His crowd was mainly a younger audience split between girls reminiscent of the Beatles fans back in the day, and lads. Lads dressed in a similar style to Sam, wearing straight-leg trousers and pairs of Adidas trainers, out with the rest of the lads for a beer and a bit of Sam Fender for the night.

On the way into the show, Sam had bought along with a pinch of Newcastle heritage, with a merch stand that was set up like a kebab bar complete with jars of garlic mayo. It was defiantly an unusual sight to see, but a great added touch. 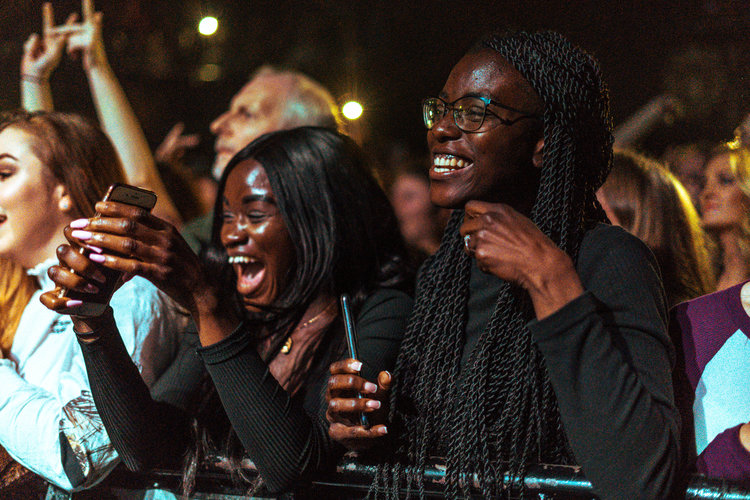 On the introduction to his next song, Sam mentioned that he’d been sent death threats for his next track not being put on the album, but assured concert goers that it had been put on the deluxe edition of it before playing ‘All Is On My Side’.

By his hit ‘Dead Boys’ – there were beer cups flying over the crowd, and fans on each other shoulders a la festival style, in order to get a better view of the spectacle on the stage.

Before heading into his latest radio release ‘Hypersonic Missiles’ which he proclaimed to be the best track and his favorite from the record, Sam ushered the crowd to start a mosh pit that would put the ‘one in London to shame’.

And sure enough like Jesus parting the sea, the crowd split and delighted, eager members shoved each other around in excitement to the beat of the track as erratic white lighting cast over Sam like lightning as he played his guitar, adding all the more atmosphere to what was already an epic gig. 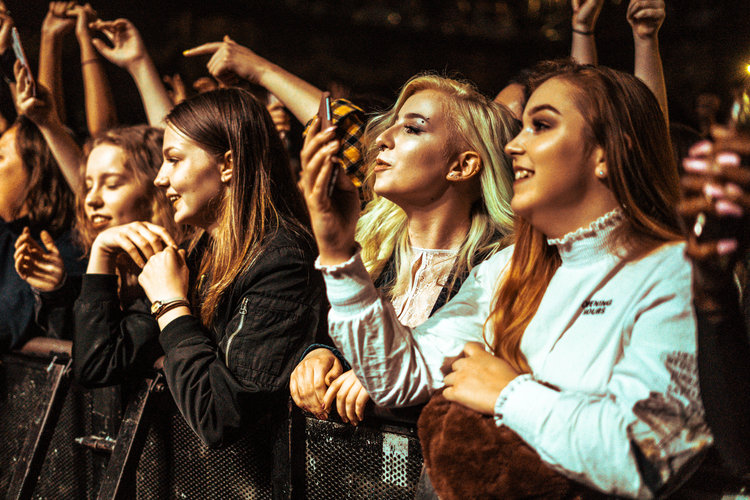 Throughout the show, Sam’s bandmates did him justice, a guy on keyboards consistently hyping the crowd, encouraging them to clap and jump and his other bandmates just as passionate and enthusiastic.

In the last quarter of the set, however, Sam ditched the band and stood center stage, just him and his electric guitar as he began ‘Poundshop Kardashians’ solo. It was a song I wouldn’t have imagined him to strip back and play in the way he did, but that wholeheartedly worked to bring the crowd back to a quiet moment to really focus and pay attention to his talent.

I’ve not seen a new and upcoming artist receive such a reception from a crowd, nor put on such a fantastic show quite like Sam Fender did tonight and if I closed my eyes I could have been in an arena of 15,000 people with him rather than a small room of 2,000. 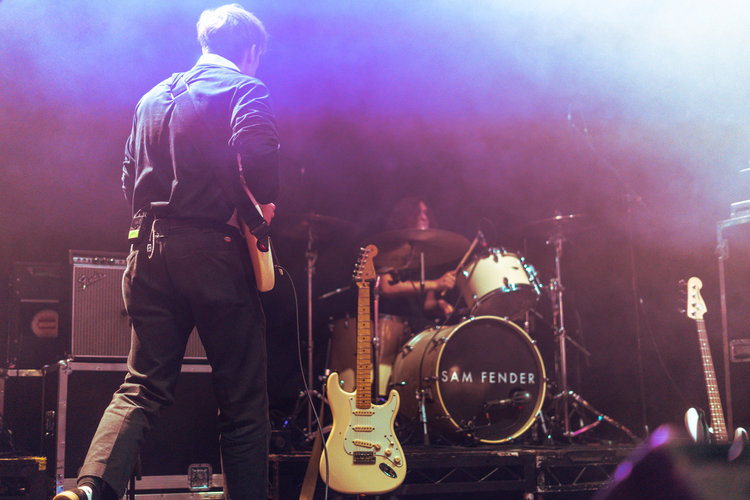