LEWIS CAPALDI PERFORMS AT AN EXCLUSIVE SOLD OUT EVENT IN DUNDEE WITH ASSAI RECORDS ON RELEASE OF HIS DEBUT ALBUM.

Debut album “Divinely Uninspired To A Hellish Extent” was released on Friday 17th May 2019, and that evening Lewis Capaldi performed a full band show at Fat Sams, Dundee.

The Scottish Artists who played the 3D Festival which marked the opening of the V&A Dundee in September 2018. The gig was organized by Assai Records, which has also attracted major acts to the city recently with Tom Walker playing in their King Street premises in early March and Snow Patrol packing out Church in June 2018.

As the night was due to his album launch there was no support act the whole focus for the night was Lewis Capaldi and everyone in the crowd was more than happy to welcome him to stage. As the lights went down his band came on stage all in red outfits to represent the album. The red theme was very relevant and strong throughout the night and as expected Lewis Capaldi walked on the stage looking proud wearing his usual all-black denim and a white t-shirt.

He opened the evening with his single “ Grace” and continued to perform many songs the crowd all knew of by heart. He then introduced some new songs from his album that he had never performed to a crowd until then. A lot of the fans must have spent the whole day learning the lyrics as they continued to scream the lyrics back to Capaldi.

Lewis Capaldi is also performing to a sellout crowd in Perth Concert Hall on the 18th May, which has announced that Mark Sharp and The Bicycle Thieves will be setting the scene as the support act before Lewis Capaldi takes the stage on Saturday. 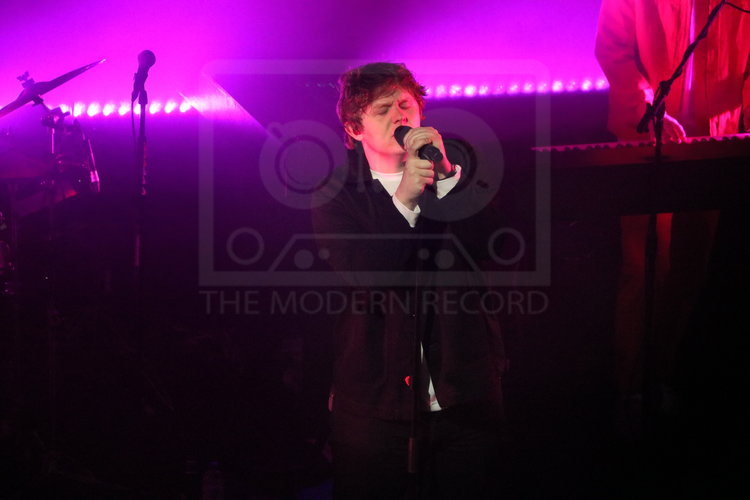