On the weekend that Idlewild released their latest album Interview Music they played 3 separate sets in Aberdeen; two at the AECC for the BrewDog shareholders’ AGM and one semi-acoustic instore at HMV. Whether by coincidence or by design they also rounded out the UK leg of their Interview Music tour at the city’s recently transformed Music Hall on Sunday night with a rousing set of modern classics and old favourites.

The XCERTS had the privilege and responsibility of getting the bank holiday crowd warmed up for one of their own favourite bands, which proved to be more than within their capabilities. The three-piece, originally from Aberdeen, has been sailing a sea of praise since their fourth album Hold On To Your Heart was released at the beginning of 2018. Their unapologetically ripe blend of instantly sing-a-long-able choruses, almost-familiar riffs and heart-on-sleeve lyrics on this album and subsequent out-takes EP, Wildheart Dreaming, seem to connect with even the grittiest of old school Idlewild supporters. There’s no denying Murray MacLeod’s stunning vocal is the centrepiece of these songs; whether rocking out on upbeat openers Daydream and the Petty-Esque Drive Me Wild, or crooning through piano-lead power ballad The Dark, his delivery is loaded with melodrama and earnest romanticism. The ten-song set rushes by to close with the irresistible a cappella chorus of Feels Like Falling In Love. Job did. The crowd is suitably thawed. 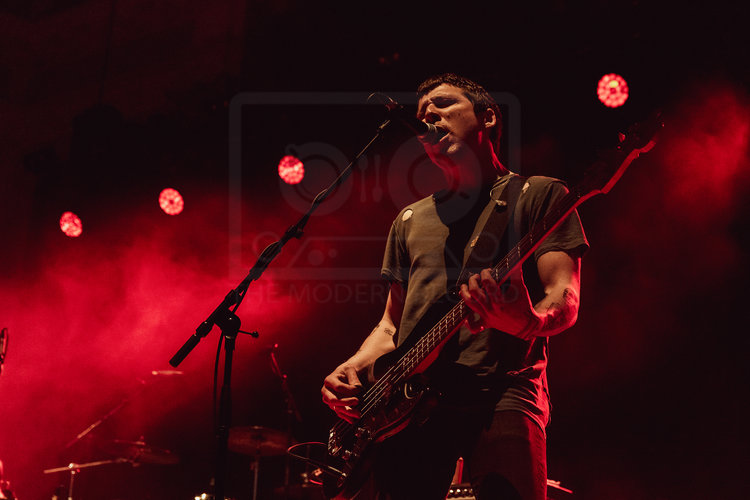 Following a career highlight tenth show at the Barrowlands in Glasgow, the night before Idlewild seems astonishingly relaxed when they take to the Music Hall stage. Their energy and resolve are not diminished any by the previous night’s antics however and they set straight to task bringing Interview Music alive for their assembled followers. Dream Variations introduces the new album straight away with equal measures of everything this band is about in 2019; a rock-solid rhythm section, duelling guitars and piano, soaring harmonies and, of course, Roddy Woomble’s abstract lyricism. A curious feature on the new album that comes into play further as the set progresses is the mid-song change-up; a different tempo, different energy, new melodic ideas breakthrough. The title track takes one of these moments to catch its breath before launching an all-out sonic assault. It’s not out of place, more a reminder that the band still love to jam, still love to throw everything into their performance.

New songs are few and far between, for being an album-specific tour, but where they do come they’re well received by the Aberdonian crowd. Woomble points out that the record sold particularly well in the city, so it’s unsurprising to see so many people singing along. Radio single Same Things Twice sees fists in the air and voices raised as if it’s been in the set for the last decade. Admittedly, it has one of the catchiest choruses on the new album, and live it takes on a coarseness and density to rival anything off 100 Broken Windows. Indeed songs like Roseability and Little Discourage elicit spontaneous pitch-perfect sing-a-longs and the crowd need little prompting to join in when Woomble says he’s needing support on Live In A Hiding Place. Another mid-set highlight is the frenetic and angular A Ghost In The Arcade. Washed in strobing green, white and blue lights, it closes with a rambunctious solo from guitarist, Rod Jones, and finds Woomble watching on not from his usual shadowy side-of-stage vantage point but from the front corner of the stage; an indication of just how relaxed he is within the performance. 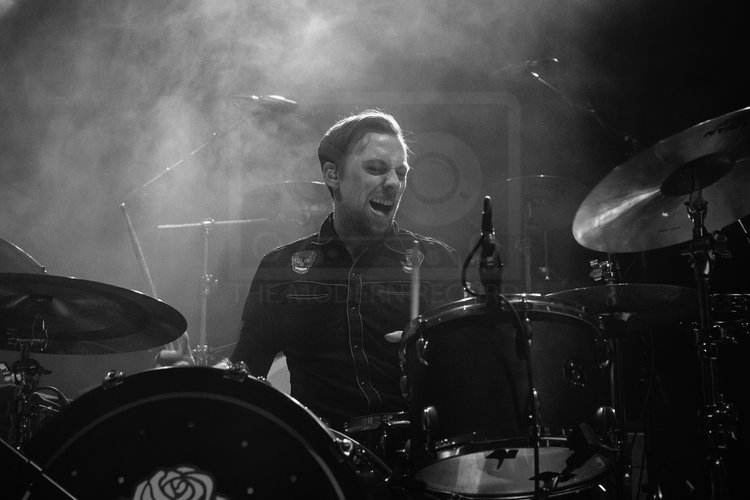 From the point of American English, the set takes off on a melodic upward trajectory, buoyed by the crowd and reciprocated by the band. It leaps from El Capitan to yet another reworked rendition of the fan favourite When I Argue I See Shapes, altogether faster and fuzzier than on the previous tour but still not as messy as the original. This could be its best incarnation yet.

The band wave a brief “thank you and goodnight” but don’t waste much time before returning for their encore. They still have a lot to deliver but spare some grace to introduce the first song, in tribute to Scott Hutchison, a cover of the gut-punching Frightened Rabbit anthem Head Rolls Off. It’s powerfully uplifting from start to finish, leaving many faces scorched with defiantly jubilant tears. The encore is relentless rock after that, wringing out every last ounce of love from either side of the barrier. As if the band had something to prove. Finishing with In Remote Part / Scottish Fiction there’s still a sense that the band could come back for a second encore and the crowd are restless and demanding until the house lights finally come on. It’s enough, for now. They’ll probably be back; seems they quite like playing Aberdeen. And they would be welcome, any time. 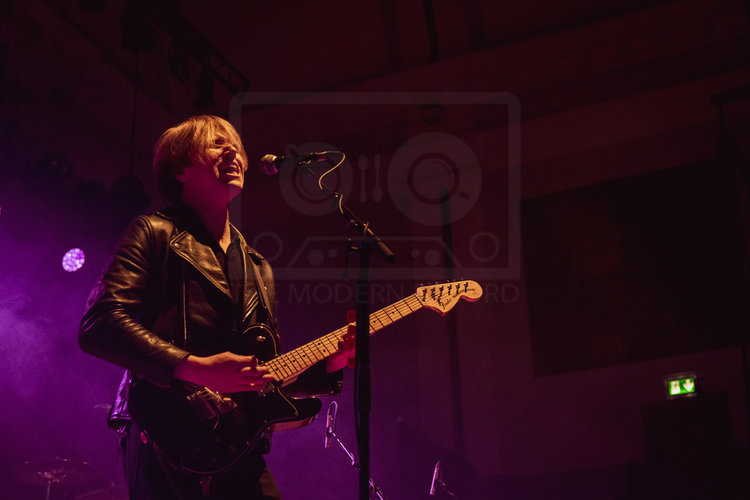