GROTESQUE PUNKS FAT WHITE FAMILY PROVE WHY THEIR REPUTATION AS AN EXHILARATING LIVE BAND IS DESERVED WHILE ADDING NEW MOVES TO THEIR SCUZZY REPERTOIRE.

Fat White Family roll into Glasgow town heralding the release of their new album Serf’s Up. Famed for their bleak humour mired with blasts of amplified electronic distortion, Serf’s Up has been touted as a move away from grotty proto-punk into the sensual (albeit still a bit grotty) psychedelia.

The band open tonight’s set with When I Leave from Serf’s Up. This pairs Casiotone keyboards, spaghetti western guitars and cooing backing vocals to produce a startling lovelorn sound that could loosely be described as a ballad.

Whether through dark humour, unflinching devotion to lyrical controversy, or musical experimentation Fat White Family’s goal appears to be stopping rock music from becoming a stale artform by attacking the established conventions of the genre. An older song, I Am Mark E. Smith (a tribute to one of their obvious forebearers) is an early highlight of the set with its swaggering rhythm and stupefying chorus.

Though Bobby’s Boyfriend feels underwritten, and one of the best songs on Serf’s Up – Kim’s Sunsets aren’t given an airing, the new songs mostly fit in seamlessly to Fat White Family’s well-established live favourites. The low rumbling White Lines influenced bassline of Fringe Runner showcases the new direction, as screaming vocals and dramatic keyboards add a twisted tension to proceedings.

The malevolent side of Fat White Family is apparent particularly in Feet, a song that refers to feelings of sexual confusion via a narrator who, while entrenched in various fetishes, can only picture a man’s member when he looks at the woman. Feet draws the focus to the odd but captivating way Lias (supporting a bold haircut – bald with ponytail) sings, screeching somehow even more from his nasal capacity than on record. 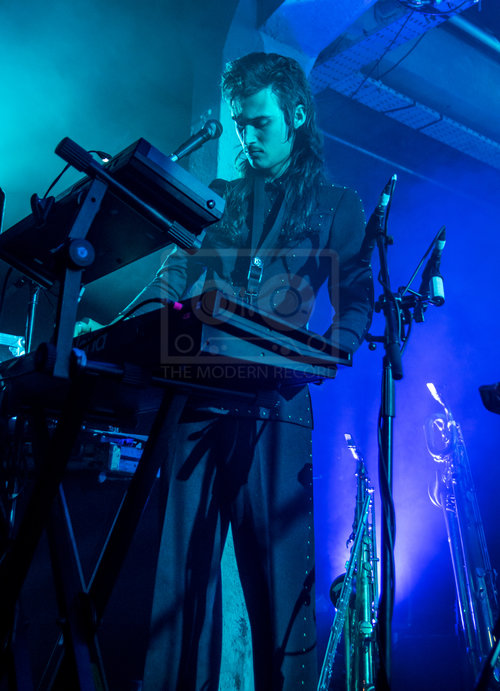 The band deliver a knockout run of older songs from the deliriously sleazy (but tremendously fun) Is It Raining in Your Mouth, frankly ridiculous Touch The Leather and the trance disco gibberish of Whitest Boy on the Beach. The songs are performed mostly as on record but with added gusto and recklessness as the band bring out a full array of instruments including wailing sax and gong. This run of songs leaves the fans wild, with feverish pushing and jumping amongst the audience as Lias crowd surfs.

Tastes Good With The Money is a superb ironic ode to the good life and provides further evidence that Fat White Family can write great gigantic choruses even if they try and bury them with lo-fi production and their shocking lyrics. Live, Tastes Good With The Money does not have Baxter Dury’s spoken word outro and therefore seems to end a little abruptly missing the music caving in on itself in a kiss-off to middle-class wankery.

After this, the band slow things down with the sedate yet optimistic I Believe In Something Better which, unfortunately, but crucially, lack the tension that makes there songs so great live. The band pick things up once more as they finish proceedings with the cacophony blast of Bomb Disneyland before they take their leave. The audience exit the venue drenched in sweat having been subjected to the visceral thrill that is a Fat White Family live show. 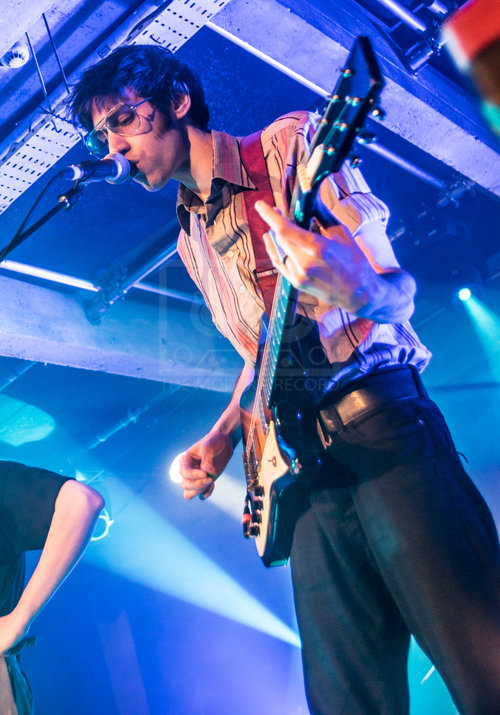