DOHERTY’S PERFORMANCE WAS SLURRED AND STUMBLED AND WITH HIS RECENT SPIKE INACTIVITY AND HOTEL BUSINESS VENTURE, THE UNLIKELY LAD ISN’T SHOWING NO SIGNS HE WILL EVER BECOME PREDICTABLE.

Peter Doherty has never been fond of a quiet life. Even now, as the on-off Libertines frontman moves into his 40s, his name is never far from the headlines. With controversy as his shadow, Doherty lives somewhat of a haunted, hedonistic lifestyle. He is a man with daemons but his optimism shines through. He is driven by self-expression and, despite the aggressive tone he comes with, Doherty’s a sensitive soul. In interviews he is off the cuff but undeniably quick-witted and unconventionally charming.

Since 1997, Peter Doherty has been building a notorious reputation layered with scandals and fuelled by hard drugs. From his turbulent friendship with Carl Barat to his heavily publicised engagement to model Kate Moss, Doherty forms explosive friendships. As his fame took off, so did his legal troubles as his name gets linked to various deaths of his acquaintances and drug charges start mounting up.

Throughout the years, Doherty has made many attempts to conquer his additions with stints in various rehabilitation centres throughout the world but none have ever had the desired impact. When Doherty speaks about his troubles with substance abuse, it’s clear he puts himself on trial for his actions and is deeply aware of the consequences.

The Puta Madres became Doherty’s band in 2016 when the previous project Babyshambles separated. The new band toured hard for a few years and released their self-titled debut album in April 2019. This new album is one of the softest ever released by the man. Float away melodies and poeticisms fill the odes and ditties. He speaks of social and political issues with threads of humour weaved through every track. Although it may not reach the same acclaim as early Libertines or Babyshambles work, this new album is a definite success and display of positive evolution of Doherty’s musical style.

But a new band and album aren’t enough for the Englishman as he has also set off into the world of hotel ownership. He and some old Libertines’ bandmates have returned together and are in the midst of opening up a five-storey hotel and studio space in Margate. The guesthouse is called The Albion Rooms and has been home to its owners until it is ready to open for business. It has also sparked rumours of a Libertines revival and fourth album. 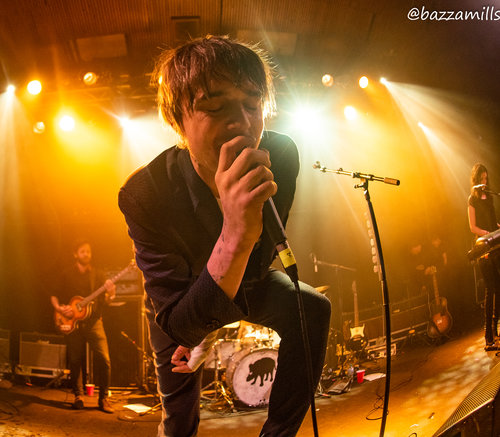 As the creative rapscallion set off to tour his new album with The Puta Madres, no one could have predicted the trials in store for him. A week before his show at Glasgow’s Queen Margaret Union, Doherty was hospitalised by an unexpected foe. According to Doherty, while walking in Kent, his pet dogs began attacking a hedgehog. In Doherty’s attempt to save the wild creature, he was spiked by a spine which later resulted in a nasty infection. Shows and appearances had to be cancelled for the indie icon’s recovery. Doherty spoke on Twitter about the experience and thanked the NHS for his treatment before proceeding right on with the tour.

The west-end student loved the venue, the Queen Margaret Union suited the night well. There’s an intimacy that avoids overcrowding at this 900 person capacity venue. Pete arrived to perform late and requested support poet Luke Wright to entertain the crowd. Wright was faced with rambunctious booing from the frustrated audience. He started to speak and the heckling increased to a volume where Wright’s words were inaudible. But the passionate poet read with gusto and seemed to take energy from the vulgar atmosphere. His effort was valiant and one can’t help but think that the crowd shot themselves in the foot there.

And as Wright walked off stage after one-piece, red in the face with zeal, Peter Doherty and The Puta Madres graced the stage. Doherty didn’t look on strong form. He looked bug-eyed, thin and alarmed. They play a set coloured the group’s new release starting with ‘All At Sea.’ Guitarist/poet Jack Jones, of Trampolene, is bright. His smile on stage gives off a sunny warmth but this smile definitely wavers as the set progresses.

They play ‘Narcissistic Teen Makes First XI’ and its cutting lyrics are lost as Doherty can barely be understood. His voice lulls with a lack of projection and he mumbles into the mike and is lost with his soft-toned. This happens throughout the set, particularly on softer numbers like ‘I Don’t Love Anyone (But You’re Not Just Anyone).’

Doherty does have a bit of back on forth with the crowd. He has a soft-toy hedgehog that he throws into the crowd and has a bit of banter with fans about a Scottish book that was thrown on stage. He moves across the stage with a stumbled awkwardness. His hand is still bandaged and he does not seem at ease.

He plays his brilliant track ‘Last Of The English Roses’ and attendees are clearly enjoying themselves. But Doherty’s words are left faded into the melody. However, the encore sees Doherty return with some vigour and his words reach the back of the house with the lullaby ‘You’re My Waterloo’ and belt-it-out ‘Albion.’ The last track is the jolting ‘F^^^ Forever’ is a banger but Doherty leaves the stage quickly and looking fragile but upbeat. 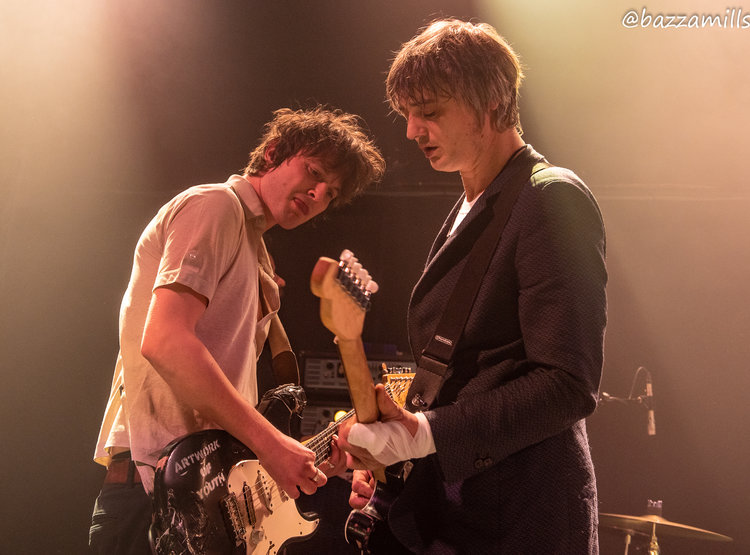