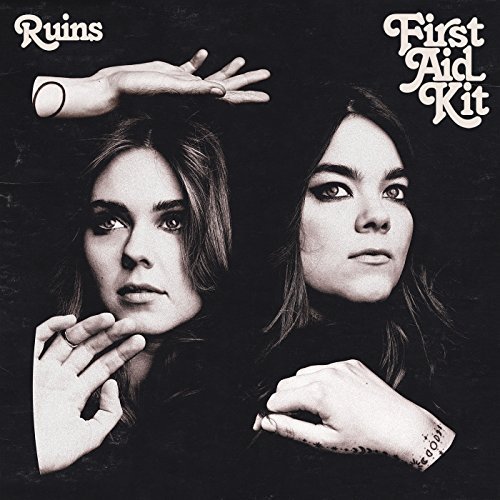 Arctic Monkeys made their name by being one of the millennium’s best guitar-based English rock bands. But for the sixth album, ‘Tranquility Base Hotel & Casino’, the band scale back, unplugging amps, rolling in the pianos, and making a record that turns your preconceived thoughts of the group upside down.

It’s not necessarily a better record than their successful last album, 2013’s ‘AM’, but it’s a completely different one, and giving it a shot of reinvigorated inspiration from frontman Alex Turner and his bandmates, who have been trying to live down from their excellent 2006 debut ‘Whatever People Say I Am, That’s What I’m Not” ever since it came out over a decade ago.

The album starts with a song that sounds like incredible late David Bowie, and also happens to name-drop a very popular ‘00s indie band with its opening line: “I just wanted to be one of the Strokes,” Turner sings on “Star Treatment” You get the impression that he’s not kidding on this bit of self-reflection; it sort serves as Tranquility Base Hotel & Casino’s thematic anchor, next to the science-fiction references that pop up here and there. Arctic Monkeys have become huge overseas with their previous albums ‘AM’ and ‘Suck It and See’ that their reputation has superseded their music as a band. This album brings it’s piano ballads, flitting sound effects of Turner’s Milky Way croon and brings everything back home.

Unlike the band’s previous albums, ‘Tranquility Base Hotel & Casino’ dispenses with the post-millennium indie rock that defines the band. The band’s usual sounds of rock ‘n’ roll swagger isn’t there; instead, Turner brings in various Bowie era sounds such as (a Little Berlin, some Ziggy, and plenty of the jazz-inflected tunings that informed into Bowie later records), this completely gives the album space-age themes, plus a very modern-day hip-hop flourishes and some vintage easy-listening from the ‘60s.

They don’t entirely forget the rock ‘n’ roll in their lead single track “Four Out of Five” which is closer to the Bowie you would hear on classic-rock radio than the more experimental Bowie that came later in his career and on “She Looks Like Fun,”, despite the very cheery title, the track is an all dark menace and very stringing guitar notes.

Still, ‘Tranquility Base Hotel & Casino’ can’t help but sound like a detour for Arctic Monkeys, like Turner’s side project the Last Shadow Puppets, but with a more space-age cocktail music feel, replacing the strings and horns. It certainly gets them out of the band’s comfort zone; even the buzzing guitars of “Golden Trunks” seem to be part of the support crew instead of the main event. And the album flows in a way other Arctic Monkeys records couldn’t quite latch onto.

It all sort of leads to the sameness that plagues their other albums. The setting is different this time and takes on different roles, but the interest levels in their new experiment wane about two-thirds of the way through. ‘Tranquility Base Hotel & Casino’ was a risky move, especially after successful previous album ‘AM’ which finally gave Arctic Monkeys some airplay in the States. And for that, they should be commended. But its limitations aren’t nearly as boundless as Turner’s grand outer-space visions.