Solfege is a useful tool that is used to help people understand the fundamentals of music. It uses specific solfege syllables to signify pitches and also helps in reading and understanding the sound of music in a very simple way. The solfege syllable is commonly “Do, Re, Mi, Fa, Sol, La, and ti” respectively, or fixed-do system where each of the Sol-fa syllables is always assigned to a given note of the C major and its chromatic inflections.

The following are solfege to seven popular songs and their lyrics in case you are not sure so sure of the lyrics, it is carefully simplified in solfege syllables in order to make it easier to sing and to read.

“Happy birthday” is one of the songs that is popularly sung across the world. It is created by Kindergarten teachers, Patty and Mildred Hill in Kentucky for one of their students during a birthday celebration. This song is mostly sung in the English language and has remained a staple over the years to be sung on birthdays all over. It is played using C major specifically.

Happy birthday to you. 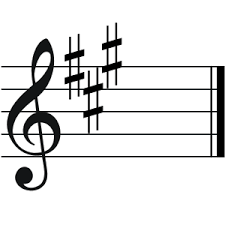 MARY HAD A LITTLE LAMB SOLFEGE

The 3 major notes that are used in this song are C major, D major, and E major 9( solfege: Do Re Mi only)

“Mary had a little lamb

Its fleece was white as snow”

Re Re Re Mi Sol Sol

Its fleece was white as  snow

Can’t stop the feeling is still one of the songs that most students still know due to the direct relationship with Trolls movie. This song is basically enjoyable and fun to do and also based on a minor scale.

I got that sunshine in my pocket;

Got that good song in my feet

I feel that hot blood in my body when it drops,

I can’t take my eyes up off it, moving phenomenally

All-star is also a  popular song because it is presented in the kid’s movie called Shrek, and it’s status as a consistent “meme”. Most children would love to listen to it even though, it is an old song.

Get your game on go  play

Twinkle twinkle little star is a melodious and popular song, that is mostly sung by kindergarten children. It uses C major generally and uses only 6 notes which are DO, RE MI, FA, SOL, AND  LA.

The solfege still remains the same even if it is played using A major, D major,  C major, or G major and it is popularly sung right from the 19th century till date.

How I wonder what you are,

Up above the world so high,

How I wonder what you are.

Baby shark is also among the popular songs selected and it is usually sung for babies and children. The solfege is simple and precise to play.

Lightly row is the last on the selected popular song, it is mostly played using C major and is also easy to play on a minor scale.

O’er the shinning waves we go.

On the silent tide.