THE SPECIALS RETURN TO LEEDS FOR A SELL-OUT SHOW AT O2 ACADEMY AS PART OF THEIR ‘ENCORE: 40TH ANNIVERSARY TOUR CELEBRATIONS’

40 years ago, The Specials burst onto the music scene with their debut album of the same name, and whilst Ska music was always bubbling away under the surface, this brought Ska, Rocksteady or whatever you want to call it right back into the public eye.

Always politically and socially aware, their take on the state of affairs at the time along with classic tracks such as A Message to You Rudy (A cover version) and Too Much Too Young ensured that this album was one of the biggest sellers of the year, and today is still regarded as one of their finest releases to date. 40 years later here they are, albeit with only 3 of the original Specials on tour to celebrate the release of that album and what a night it was.

First up it was The Tuts, a 3 piece all-girl band from London, who would best be described as a sort of Indie/Punk band who delivered a lively set and the stand out track for me was Tut Tut Tut which encapsulates what this band are all about with its crashing guitars, great drum work with brash vocals from Nadia Javed on lead guitar. Looking at their bio it was interesting to note that they were apparently going to represent the UK at this year’s Eurovision, but they turned it down as its being held in Israel. To be honest I’m not sure if that’s entirely true, but would have been great to see a band like this delivering 3 minutes of crashy mayhem on this stage. 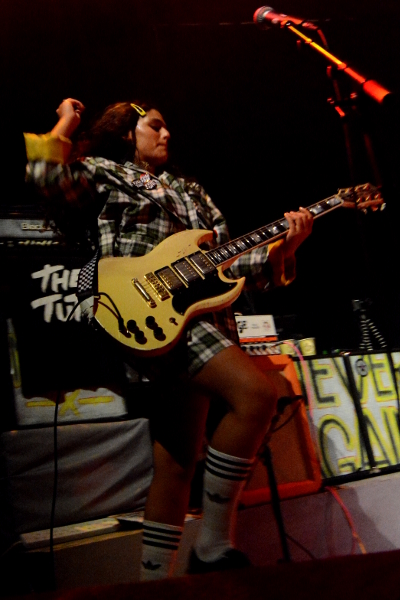 And so onto The Specials …..

Tonight’s venue was absolutely packed to the rafters to welcome the band back on their 40th Anniversary tour, and just after 9 they took to the stage and went straight into Man at C&A as Lynval Golding crept across the stage warning of nuclear attack! He was then joined on stage by the additional 2 original members of the band, Terry Hall and Horace Panter, along with the rest of the current line-up.

Such is the richness of their back catalogue they could quite easily have turned this gig into a kind of greatest hits tour, but to their credit, they played several of their tracks from their critically acclaimed new album Encore, which were all well received by the audience. Of the new tunes, 10 Commandments with its thunderous bass and dub groove with guest vocals from Saffyah Khan, was one of the many highlights for me.

Another new track Vote for Me shows that despite the passing of time, they are still as politically aware as ever when commenting on the bullshit spouted by our current crop of MP’s of all political persuasion. ‘You’re all so drunk in your ivory towers’ really says all you need to know. Underpinned by a slowed-down Ska beat, this track should have as much resonance as ‘Ghost Town’. 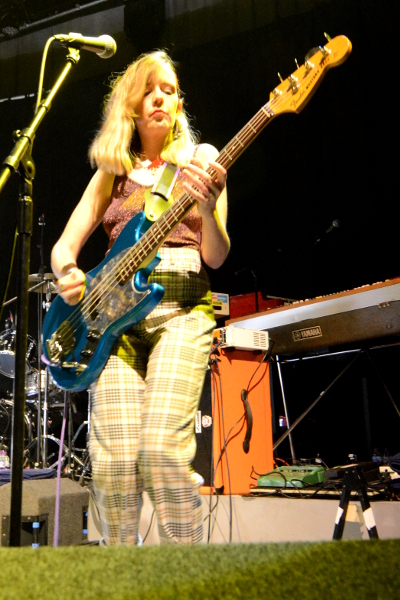 Their reworking of The Lunatics, again showcased Terry Halls vocals which are still as on point as ever and even though he’s recently celebrated his 60th birthday, show no sign of being on the wane.

Whilst the original Specials are now down to 3, and they have gone through numerous line-up changes over the years, the current format is a supremely tight set up and their treatment of the classics were as flawless as ever.

Message to you Rudy had the whole venue bouncing and at one point there was even a mosh pit and Nite Klub was delivered with their distinctive Ska style that they are acclaimed for and this was a chance for Horace Panter to show that the still has the skills on the bass.

The academy by that time had now become one huge sauna, and the temperature only increased as they delivered the rocksteady classic Monkey Man. Gangsters and Too Much Too Young quickly followed, and by that time the crowd were exhausted, but the best was left to last with Ghost Town which even now is still one of the most eloquent critiques of the effects of the brutal Thatcher regime which had a devastating impact on towns and cities throughout the UK.

Still socially relevant, incisive and great entertainment The Specials are a band that quite rightly have been critically acclaimed over the years and their new album shows that they have lost none of the songwriting skills which made them so relevant many moons ago.

Long may they carry on, and here’s to the next 40 years! 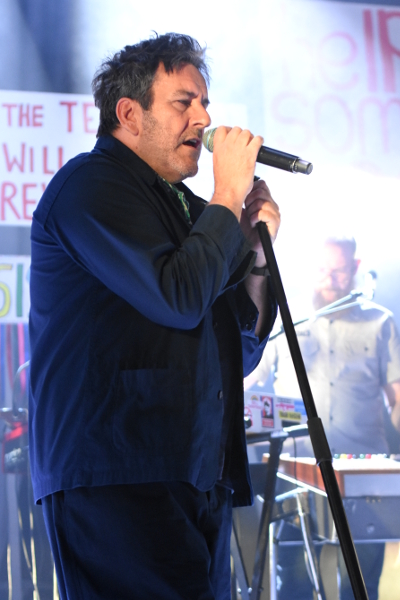